On the 11th of November 1990 an entire housing block collapsed in Barcelona.

2 months later the technical investigation declared the reason to the disaster to be the poor quality of the cement used in the constructions. In other words, the cement had lost it’s strength. Over the years it had become porous and thus lost its capacity to carry weight. Furthermore, the porous structure let humidity arrive to the reinforcement rods and caused corrosion and weakness.

This deterioration, called «Aluminosis», happens to a certain kind of cement, a mixed much used in supporting elements because of it’s fast process to concrete and it’s supposed strength. A study appreciate that this cement was used in 53% of the buildings being constructed during the period 1950 – 1970 in Catalonia. Even though the cement was widely used all over Europe at the time, the problems are manifested only under certain climate conditions (humidity!). For safety reasons this cement is now prohibited and taken off the market but can be found in constructions from 1945 and well into the 1980´s. Due to the content of aluminium in the cement the pathology is named «Aluminosis». 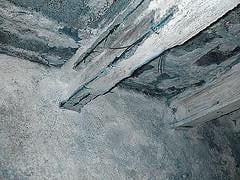 here are different stages of Aluminosis. Affected concrete turns yellowish to dark brown. You can see spots or large areas that have changed color.

If a building is affected there is not much else to do than to exchange the affected parts, partially rebuild or in the worst case destroy the building and do a total reconstruction. All of the options represent large and unwanted direct costs to the owner. Also, the value at a future sale is negatively affected. Imagine you want to sell and the potential buyer is the one who discover that the building is affected by Aluminosis? So before buying a home it is essential and strongly recommended to test the concrete.

There are basically three ways to diagnose Aluminosis: by performing a visual inspection, a chemical test and using X-ray. It´s recommend to use a combination of two or all of these methods.

We have seen several cases when foreigners have bought what they thought was their dream property in Spain, and soon after discovered that it was badly affected by the Aluminosis. It´s not until then they have understood why the property owner and the «Real Estate Agent» were so service minded and helpful to make the purchasing process so fast …

Our services include helping you avoid to fall into this kind of traps. We help you to conduct these tests, using trusted experts, to make sure you are buying a healthy property. The test is a cheap insurance against very unpleasant surprises and broken dreams. 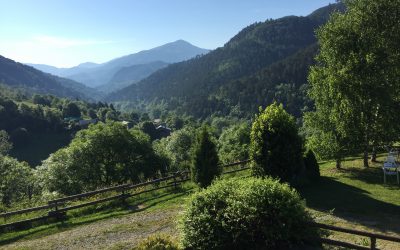 Relax Weekend In The Pyrenees

10 Jun Relax weekend in the Pyrenees At last, we found some space in our busy schedule and decided with very short notice to refuge up in the Pyrenees. It´s been a while since the last time and now we really longed to breathe that fresh air again. After a slow... 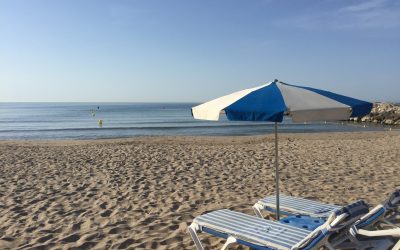 14 Jun Early bird For a million stupid reasons I have not had a swim in the sea earlier this year. This morning I decided the day had come so I went with the car the 10 minutes down to Sitges and parked (for free in the morning before 09:00) by the seafront. Seeing... 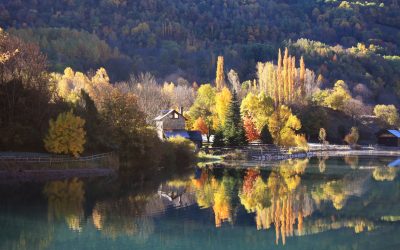 5 Reasons To Love The Spanish Pyrenees

5 Reasons To Love The Spanish Pyrenees Even if you are a fan of beach and mojitos the hot summer weather can sometimes feel a bit overwhelming and you may long for some freshness, green forests, cold creeks and green meadows. Some of us feel that we are at our best...